Hot Chip’s Next Album Due in February

Plus: Hear a taste of a brand new song from the innovative U.K. dance music quintet! 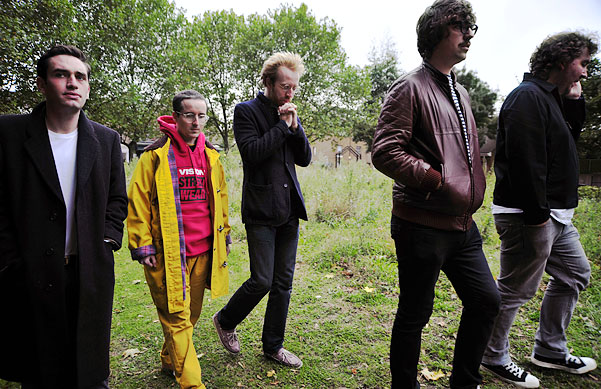 U.K. electronic mavens Hot Chip look to match the excellence of their first three albums — each of which earned high praise from SPIN — with their fourth effort, One Life Stand, set for a Feb. 9, 2010, release in the U.S.

A post on the band’s Facebook page promised an album “that is more cohesive and more soulful” than 2007’s Made in the Dark. The post also announced a U.K. tour in February, and that anyone preordering One Life Stand through the band’s own U.K. web store would receive album track “Take It In” as a free download.

According to Hot Chip’s U.S. label, Astralwerks, stateside fans can expect exclusive content to be posted over the coming weeks through the band’s artist store on Amazon.com.

Hot Chip did include a darker version of “Take It In” on a DJ mix CD they produced for the Buggin’ Out series earlier this year. You can hear it below.

WATCH:Hot Chip, “Take It In”