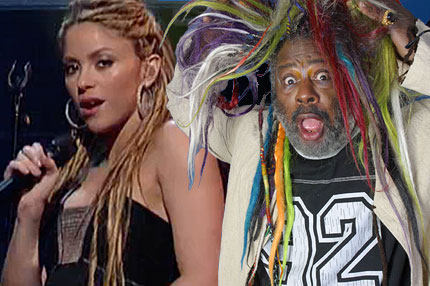 Here are some of the weirdest stories we’ve seen on the web this week:

“I’m really happy for you, 50 Cent, and imma let you finish, but Fergie says Kanye is the most gay-friendly dude in hip-hop, ever.” [Idolator]

Shakira redefines “New Age” with her dreads, humping the air on Letterman with a high school step team in tow. [YouTube]

Bitter Red Sox fan sues Bon Jovi for allegedly ripping off his ode to the team…. Yanks won — get over it! [Reuters]