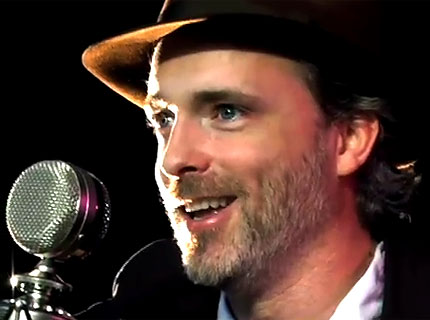 Travis — who toured with and are often compared to Oasis — are best known for their 1999 breakthrough album The Man Who. And, of course, for their acoustic cover of Britney Spears’ “Hit Me Baby (One More Time)!

In his SPIN Session, Healy opened with the “first not-bad song” he ever wrote, a look back on his teen years called “20.” He followed with The Man Who opener “Writing to Reach You” — and ended on a cover of “The Little Things in Life” by Green On Red, an 80s psychedelic rock band from Los Angeles.

Check out the videos below to hear the tunes — and to get a taste of Healy’s charming between-song storytelling.