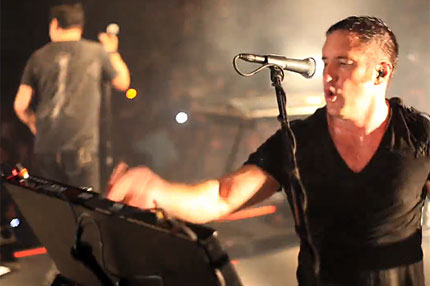 Now, in two new HD videos posted to NIN.com, you can see the songs for yourself. “Cars” is the stronger of the two performances, as Numan drapes himself over the mike, while a sweat-covered Reznor doubles on tambourine and keyboard, handling the song’s eerie instrumental hooks.

But even more than the music, the draw here is the quality of the video. You can see the individual beads of sweat dripping down Reznor’s nice. It’s pretty cool. Check it out.