Just like being there, only in the comfort of wherever your computer is. 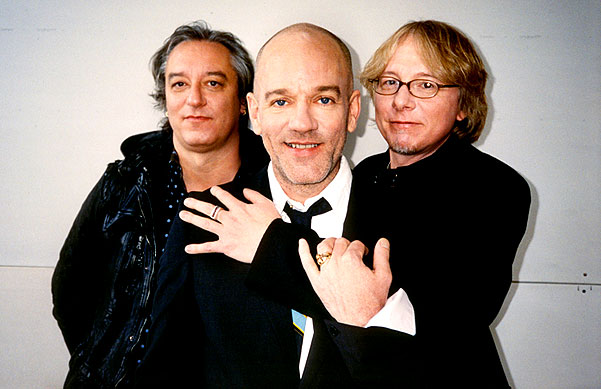 On R.E.M.’s latest two-disc live effort, R.E.M. Live at the Olympia, Stipe and Co. give a serious nod to their days as the kings of college rock with 39 tracks that missed the mainstream. (Click here to stream all 39 tracks!)

Drawing rare, superfan-favorites spanning from 1982’s Chronic Town EP to 2008’s Accelerate, the disc plays like a history of the band that put alternative rock on the map. The tracks — including the previously unreleased “Staring Down the Barrel of the Middle Distance” and “On the Fly” — were recorded during a five-night rehearsal stint at Dublin, Ireland’s Olympia Theater from June 30 to July 5, 2007.

“We were just trying to do something we hadn’t done before,” guitarist Peter Buck said in August. “There was no relaxing during the set. Every second we were playing something we didn’t know all that well. Which was kind of good… there were all kinds of terror elements going on during that show.” The tracks were produced by Dublin native Jacknife Lee, who also co-produced Accelerate.

Stream the album in full at NPR, and be sure to pick up R.E.M Live at the Olympia — complete with an exclusive DVD of the Dublin set — when it drops on October 27.