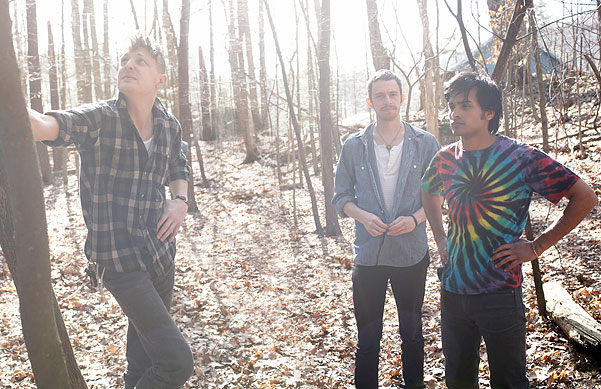 On November 3, Brooklyn experimental rockers Yeasayer will officially release “Ambling Alp,” the first single off their forthcoming sophomore record Odd Blood (due in Feb.) — but you can snatch it up for free today! (Check out the download info below.)

A few unrecognizable samples in the background keep things weird enough, not to mention a puzzling lyrical reference to boxer Max Schmelling and a giddy arrangement of falsetto harmonies in the bridge. But singer Anand Wilder’s chorus is clear, catchy, and pretty darn cute: “Stick up for yourself son, never mind what anybody else does.”

With that sum of parts, we have to wonder — is “Ambling Alp” about to become Yeasayer’s “Kids”?

The new single will be released digitally and on limited edition 12″ vinyl, complete with remixes from much-buzzed indie up-and-comers Memory Tapes and DJ/rupture, while the album drops in February on Secretly Canadian. Enter your email address below to download the track (the info goes to the band, not us), and let us know what you think in the comments section!