The alt-era metal stars announce -- maybe -- their first American shows in a decade. 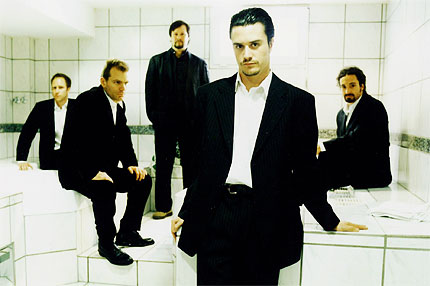 American fans of spastic art-metal rejoice (cautiously)! Though the reunited Faith No More, which originally broke up in 1998, has been on tour in Europe and South America since June, the quintet’s Second Coming tour had not yet stopped in the States.But yesterday on his Twitter account, bassist Billy Gould wrote, “Yes … we are now actively planning on U.S. dates.”

Now “actively planning” isn’t quite earthshaking as “confirmed,” but it at least gives Faith fans in America more hope than they had two days ago.

To whet your appetite for concerts that probably most likely will maybe possibly happen, watch the video for 1990’s “Epic,” the band’s biggest hit.