The supersexy duo collaborate on the track from the just-relased soundtrack to CW's 90210. 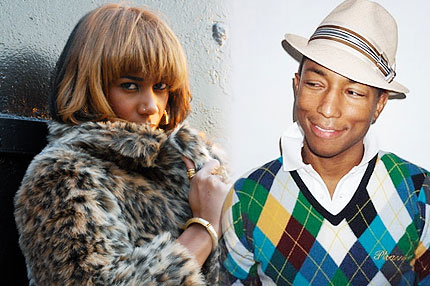 But the creators behind the CW’s current 90210 revamp have something even better in store for fans: “Soldier,” a musical collaboration between N.E.R.D. and Santigold, featured on the show’s season 2 soundtrack album, available now.

The soundtrack also features a Raconteurs/Adele cut — plus tracks from Jet and OK Go.

With glitchy effects and lo-fi dancehall beats, the tune sounds more like the soundtrack to a 1980s video game than a banger from the guys behind hip-hop hits from Jay-Z, Busta Rhymes, and Snoop Dogg.

But that’s the charm. Like the Contra and Super Mario Brothers soundtracks, this puppy grows on ya.

N.E.R.D. Reissuing Both Versions of Debut Album In Search Of…