From Pavement's reunion to Kanye's antics at the VMAs. Plus: Smashing Pumpkins, Vampire Weekend, U2, Julian Casablancas and more! 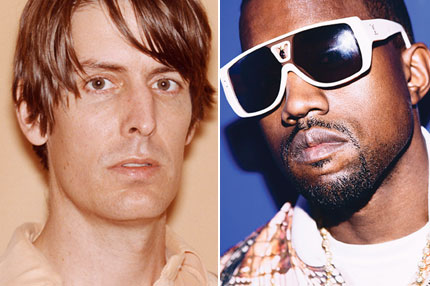 Pavement made the most noise this week, adding themselves to the ever-growing list of epic ’90s indie rock reunions. The band confirmed a world tour in 2010, and announced a trio of New York shows in September, so we put together our Dream Set List — dominated by faves from Slanted and Enchanted and Wowee Zowee. Meanwhile, Kanye appeared on The Jay Leno Show to apologize for upstaging Taylor Swift at the VMAs. Even President Obama offered his opinion on the incident, calling ‘Ye a “jackass.” Wow, sucks to be you, Kanye.

It’s Official: Pavement to Perform in 2010

First announced show is Sept. 21, 2010, in Central Park, but their live dates aren’t a “prelude to…a permanent reunion.”Read >>PLUS:

Strokes frontman leaks “11th Dimension,” the first full track from his forthcoming solo album, out Oct. 20. Hear it now!Read >>PLUS: