Billy Corgan details his Tarot Card-inspired record Teargarden by Kaleidyscope in a new blog post. Click here for the scoop! 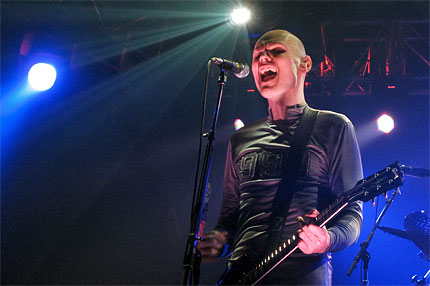 Smashing Pumpkins fans still peeved about the “reunited” alt-rock band’s lackluster 20th anniversary tour, well, this might ease your pain: Billy Corgan has just announced the release of Teargarden by Kaleidyscope, a new 44-track (!)album, which will be rolled out in a series of EPs over the coming months. The best part: It’s free! The worst part: It’s still titled Teargarden by Kaleidyscope.

The album is the band’s first release since their reunion effort, 2007’s Zeitgeist, and is Corgan’s first with the group’s newest addition, 19-year-old drummer Mike Byrne. Corgan — who has been jamming in California with his new side-project Spirits in the Sky recently — announced the new album and its back story, spiritual significance (!), and many, many other details via a lengthy blog post on the band’s website: