KISS, Red Hot Chili Peppers, Genesis, and LL Cool J are among those up for induction. 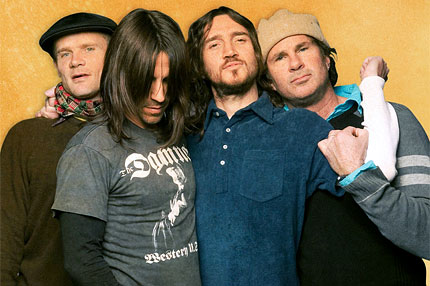 Greasepaint and tube socks can go a long way. The Rock and Roll Hall of Fame Foundation this morning announced that KISS — KISS! — and the Red Hot Chili Peppers, along with Genesis, LL Cool J, the Hollies, and reggae star Jimmy Cliff are among this year’s batch of nominees for induction into the Rock Hall of Fame.

Joining the aforementioned acts on the ballot are ABBA, the Chantels, Darlene Love, Laura Nyro, the Stooges, and Donna Summer, all of whom were previously nominated but fell short of the votes necessary for induction. In January, we’ll found out which five from this group of twelve will get the nod. The induction ceremony will take place on March 15, 2010, at the Waldorf Astoria hotel in New York City.

The nomination announcement is the beginning of a busy period for the Hall. On October 29 and 30, performers including Metallica, U2, Bruce Springsteen, Sting, Crosby, Stills, and Nash, and Paul Simon will convene at Madison Square Garden to celebrate the institution’s 25th anniversary and, if all goes well, break a record for oldest collective age of performers on one stage at one time.