Bernard Sumner plays well with others. Really well. From his late ’70s start as the guitarist for gloom icons Joy Division to his role as frontman for mega-succesful synth-rockers New Order and on through to his successful Johnny Marr-collaboration Electronic in the ’90s, the Manchester native has been instrumental in creating some of the most influential and popular sounds of the last 30 years. Hopefully that winning streak will continue with his new band, Bad Lieutenant, whose first album, Never Cry Another Tear is being released on October 6 as a digital download via Amazon. It’s out everywhere else on November 10.

Featuring contributions from Blur bassist Alex James, New Order/Joy Division drummer Stephen Morris, fellow New Order guitarist Phil Cunningham, and relative unknown singer-guitarist Jake Evans (formerly of Rambo and Leroy — yes that is a real band name), Tear features the stylish guitar lines, simple melodies, and effectively deadpan vocals that have won Sumner millions of fans. Though, in a bit of an aural switcheroo, it’s Evans doing most of the singing this time. Audiences will be able to hear that change for themselves starting in Brighton, England, on October 20. A North American tour is also in the works.

Speaking on the phone from his home in Manchester, Sumner, 53, spoke about how Bad Lieutenant came together, how a graveyard kept him from going solo, and why he’s annoyed about an upcoming Nicolas Cage movie.

What’s the good word, Bernard?
I’m worried my voice won’t hold out for you. I’ve been doing quite a few interviews today and we’ve been rehearsing as well.

How have those been going?
We’ve still not managed to play to the end of the set yet. I’m starting to get a bit worried. [Checks computer] Oh shit. We’ve got a few radio sessions to do soon. Management is really packing the fucking calendar. [Sighs] Our first show is in about a month’s time, so we should be okay.

Can you tell me about how Bad Lieutenant came to be?
I was at a New Year’s Eve party — this was probably in 2007 — with an old friend of mine, Alex James from Blur, who plays on the album. We’re old drinking buddies. Me, Alex and Lily Allen’s dad Keith Allen used to go drinking at a place in Soho. Anyway, we were at a very posh party and then left to go jam. I remember we were playing “You’ve Got to Hide Your Love Away,” by the Beatles at four in the morning. It was so much fun that I suggested we do something together — the idea being that we would write some stuff together and then play some low-key gigs in pubs. That was the dream. We did three sessions at Alex’s house. By this time I’d pulled in Phil Cunningham from New Order and I’d met a friend of Phil’s named Jake Evans. The problem was that Alex lives 200 miles away from me. The logistics of getting to these recording sessions wasn’t working out. So we decided to reduce the writing core of the band to me, Jake, and Phil. That’s the long answer.

Have you ever felt the desire to release a solo project? Why have you always played in bands?
There’s a reason for that. In Electronic, when I first started working, I was on my own. The idea behind Electronic was that I was getting shit from New Order whenever I tried to introduce tracks that had synth programming, so I thought, “Fuck it, I’ll do it on my own.” I would go down to New Order’s rehearsal room. It was near a graveyard. It wasn’t very pleasant. I’d work there all day and then sleep on the floor. It was just outside Manchester in a place called Cheetham Hill. Not a nice place, really. Unsurprisingly, I didn’t enjoy the taste of working on my own and eventually asked Johnny [Marr] to help. The thing is: making an album is really fucking hard work. It’s hard work, but it should also be fun. And making an album on your own isn’t any fun. It’s just hard work.

Given that Jake handles so much of the singing and guitar playing, are you looking forward to playing live and not being the focus of what’s happening on-stage?
It’s interesting, because I started life out as a guitarist in Joy Division. It will be nice to play a couple songs where I don’t have to sing and can just play guitar like I did back in the old days.I haven’t had that experience in a long time. But because there are three guitar players in the band, there’s a bit of a competition.

But you’re the most famous member of the band, don’t you get to do whatever you want?
[Laughs] Unfortunately, Jake’s one of these annoying twats who’s really good at everything. So he’ll handle the guitar solos.

When you start a new project, how concerned are with you trying to make it sound different from your previous bands?
If something I do now sounds like something I did in the past, it’s because I played it. I can’t help sounding like myself. That’s going to happen. The things that I play on guitar that resonate with me are probably the same things that resonated with me when I started playing in Joy Division.

Were you bummed when you learned that there’s a Nicolas Cage/Werner Herzog movie coming out this fall called Bad Lieutenant: Port of Call New Orleans?
Yeah. We were searching for a name and I suggested Bad Lieutenant. We kind of sat on it for a while and then we heard that the film was coming out and I came up with some other names. And when I went around to Stephen Morris’s house to ask him if he’d be our drummer, I told him we were thinking of calling it one of three names: Bad Lieutenant, the Unknown, or Organization. Stephen said he’d already read stuff online by fans who were calling the band Bad Lieutenant and thought we’d have a job on our hands trying to change the name if people were already calling us that. So to answer your question, we knew the film was coming out but we just said, “Fuck it.” You can’t think of everything in life.

Someone would have to be pretty stupid to confuse a band with a movie.
It’s unfortunate. But I like Werner Herzog’s movies. Me and Ian [Curtis, Joy Division’s singer] used to go to see his movies when we were just starting out. Nosferatu was one that we liked. There’s a wackiness in his films that we enjoyed.

Can you give us any details about your shows in North America?
It’s not finalized yet so I can’t go into too much detail. Should be mid-to-end of November. I think on one of the dates we’re gonna support the Pixies at Hammerstein Ballroom in New York City. Then we’re gonna do some of our own gigs in Toronto, Chicago, and New York again. Then we’re gonna come back in the spring and play more but I’m not sure where yet. 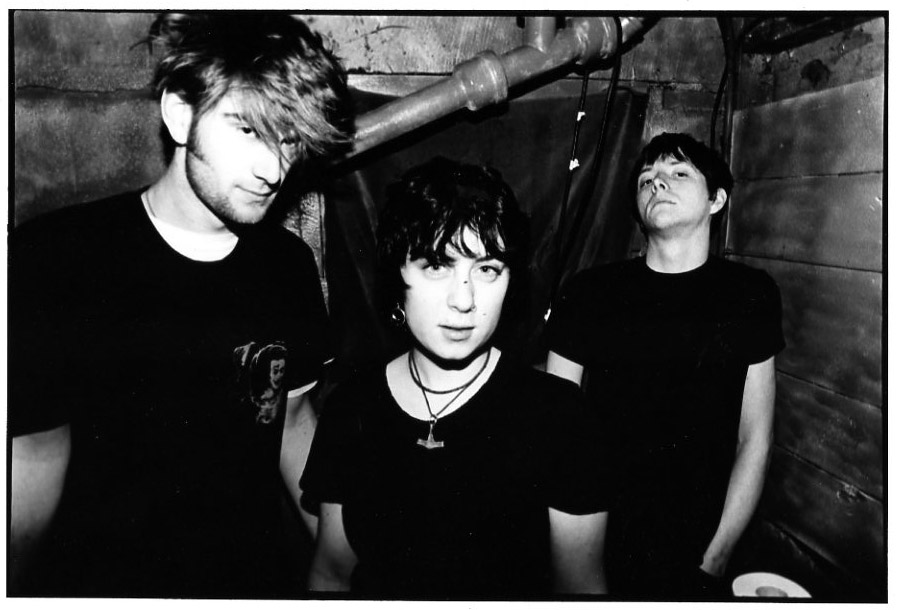