PLUS: Wayne Coyne and Bradford Cox's feud, Jay-Z and Rush Limbaugh's relationship, and more Web Weirdness of the week! 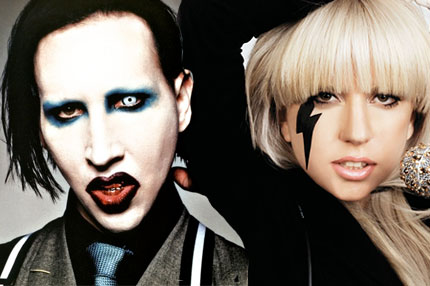 Here’s some of the weirdest news to hit the web this week:

Marilyn Manson is diagnosed with Swine Flu. Contrary to popular belief, the rocker says he didn’t contract the illness from “fucking a pig.” [Daily Swarm]

The relationship between talk radio and rap? Well, Jay-Z and Rush Limbaugh both have big egos, a bunch of haters, and verbal skills. One difference: Jay-Z was a drug dealer, Limbaugh a user! [NYTimes]