Ben Gibbard and Jay Farrar get folky on "These Roads Don't Move," a track from their upcoming album about the 1950s beat writer. 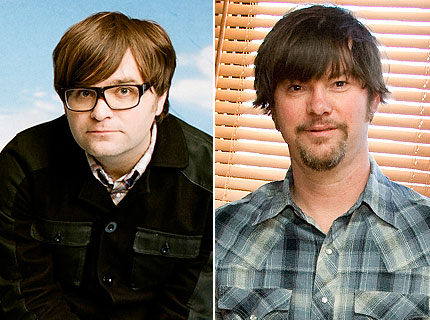 Listen to the dramatic track here.

“These roads don’t move, you’re the one that moves,” Gibbard sings on the tune, reflecting on dark memories of years spent looking out of jail and freighter ship windows.

Gibbard and Farrar — whose album will serve as the soundtrack to a new Kerouac documentary of the same name (out Oct. 20) — say they relate deeply to Big Sur, being seasoned musicians with decades of touring behind them. The nomadic Keruoac wrote Big Sur while coming to grips with the fame garnered from his hit book On the Road, as his bohemian lifestyle of drugs and alcohol spiraled out of control.

Like the track? Does it do Kerouac’s book justice? Or is this just filler between Death Cab albums? Tell us what you think in the comment section below.