Jay-Z at Work on ‘Experimental’ Album

The Blueprint 3 isn't even out yet, but he's already looking ahead to his next project. Click here for details. 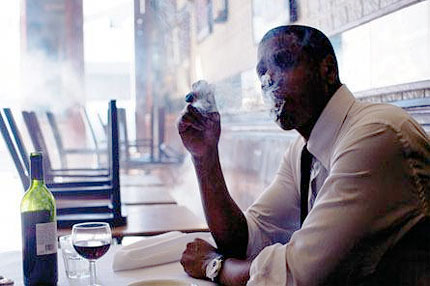 The Blueprint 3 hasn’t even hit shelves yet — wait ’til next Friday for that — but Jay-Z is already hard at work on his next album, which he calls his “most experimental.”He gave MTV News a first hint at what he’s planning.

“My next album, which I’m working on now…is not gonna be a #1 album,” he said. “That’s where I’m at right now. I wanna make the most experimental album I ever made.”

One clue: The Jigga Man has been spotted watching indie bands like Grizzly Bear at hipster Brooklyn hangouts.

“I’ve always said I believe in good music and bad music,” he said.”The second Blueprint, the reason it was all over the place is because I like music so much. You have tracks with Lenny Kravitz then Sean Paul. Dr. Dre. It’s all over the place because of my taste in music.”

Until Jay-Z makes that next out-of-the-box record, fans can click here to stream The Blueprint 3 right now.