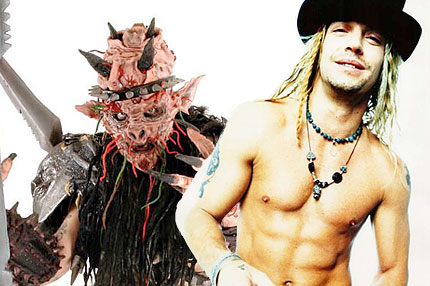 Here’s the strangest music news to hit the Internet this week:

And the Award for Best Faux Press goes to… San Diego metal band Cattle Decapitation, who started an internet prank that claimed crazed mass murderers were influenced by their song “A Body Farm” — and people believed it! [The Gauntlet]

Bret Michaels’ hairpiece breaks silence in a new interview: “You wanna see what Bret really looks like without me? I got a photo in my wallet.” [The Pantaloon]

When Michael Jackson filmed the “Thriller” music video in 1983, he surely thought, “I hope one day 12,000 Mexicans break a world record with this.” [Star Tribune]

Hugh Hefner shills for Guitar Hero, because nothing appeals to teenage gamers like a creepy old pervert! [YouTube]

Jay-Z recreates his classic album covers in a new ad, proving once again that fame is fleeting, but thug poses are forever. [YouTube]