Ledger's conception marks the release of the band's new EP. 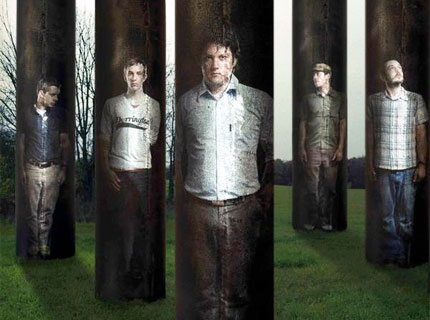 Modest Mouse have premiered the Heath Ledger-directed video for their track “King Rat” to coincide with today’s release of the band’s new EP, No One’s First, and You’re Next. Watch below.

The animated video was conceptualized and directed by Ledger, but was left unfinished when the Academy Award-winning actor died of an accidental overdose in January 2008. The Masses — a film and music company that Ledger was a partner in — completed the video in his honor.

As we previously reported, Ledger approached frontman Isaac Brock about wanting to direct a music video for the band while they were on a boat trip with a mutual friend in Ledger’s native Australia.

“Heath’s vision, brave and unapologetic in its nature, would marry his love of bold and original music with his impassioned stance against the illegal commercial whale hunts taking place off the coast of Australia each year,” the band wrote in a post on their MySpace blog. “Always one to operate from his heart and take a stand for what he cared deeply about, Heath’s intention was to raise awareness on modern whaling practices through a potent visual piece without having to say a word. It was his way to let the story, in its candid reversal, speak for itself.”

According to the post, proceeds from iTunes downloads of the video will benefit the Sea Shepherd Conservation Society, an international nonprofit marine wildlife conservation organization.