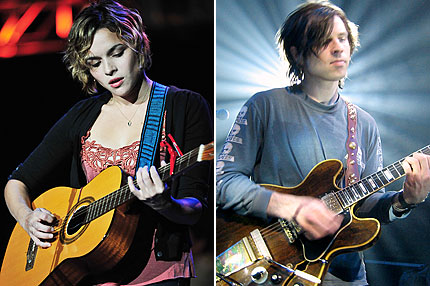 After three wildly successful albums that sold some 36 million copies worldwide, singer/songwriter Norah Jones will shake up her winning formula on her as-yet-untitled fourth effort, which is due for a November release.

Jones has invited two beloved bards from the indie scene — Ryan Adams and Okkervil River frontman Will Sheff — to join her for songwriting collaborations, along with longtime partner Jesse Harris. Jones and Adams wrote together once before, teaming up to pen “Dear John” for Adams’ 2005 album with the Cardinals, Jacksonville City Nights.

And, surprisingly, the woman who was introduced to the world from behind a piano will play mostly guitar this time around. “I actually write more on guitar than I do on piano,” Jones says. “It just felt more natural for me to play it on these songs.”

“I knew I wanted to try some different things on this album,” Jones says. “I’d been playing with the same musicians for a long time. We’re all still friendly and I hope we play together again, but it felt like a good time to work with new people and experiment with different sounds.”

More details on the album are forthcoming. In the meantime, check out this video of Jones and Adams performing “Dear John” at Adams’ December 2006 show at New York City’s Town Hall.