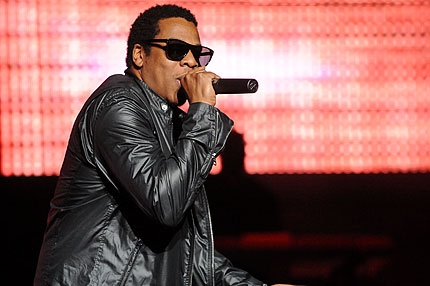 Like many born and bred New Yorkers, rap mogul Jay-Z was irrevocably changed by the events of September 11, 2001, and on the tragic day’s eighth anniversary, he’ll headline a major event to honor the fallen.

Set for NYC’s Madison Square Garden, the rapper’s just-announced 9/11 benefit concert will funnel 100 percent of its proceeds to the New York Police and Fire Widows’ and Children’s Benefit Fund, a non-profit that’s already doled out $114 million to the families of first responders from the NYPD, NYFD, Port Authority Police, and emergency medical services who perished in the terrorist attacks.

“This charity and concert encompass the true spirit of New York City,” Jay-Z said in a statement. “We are asking everyone to ‘answer the call’ and support and honor the families of those that lost their lives in the line of duty. There was true camaraderie and resiliency that this city showed the world in 2001, and we continue that today by taking care of our own.”

The show will also celebrate Jay’s long-awaited new album, The Blueprint 3, the third entry in the Blueprint trilogy, which will be released the same day. It’s the first album to be released under the Roc Nation imprint, the rapper’s massive new collaborative enterprise with concert promoter Live Nation (who are also sponsoring the MSG show).

Ticket information will be announced soon, but Citi cardholders will have an exclusive first crack at tickets.

For those who get shut out of what will undoubtedly be a sold-out show, Fuse will be broadcasting the concert live and commercial-free, and will be featuring Jay-Z programming throughout the following weekend that will support the Benefit Fund.