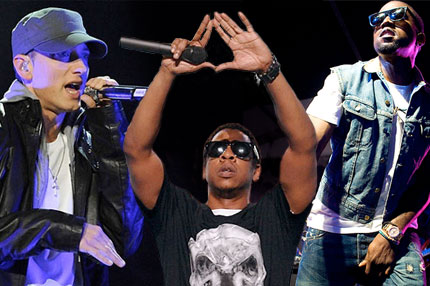 The 26th annual MTV Video Music Awards nominees have been announced, and pop divas Lady Gaga and Beyoncé lead the pack with nine nominations each.

The fashion-forward hit-makers will square off in critical categories like Best Female Video, Best Pop Video, and Video of the Year, while Lady Gaga’s “Poker Face” clip won her a nod for Best New Artist and Beyonce’s “Single Ladies” video has been nominated for Best Choreography.

Interestingly, MTV has added a new category to its VMA lineup: Best Video (That Should Have Won a Moonman). Old-school videos from Radiohead, Beastie Boys, U2, George Michael, Tom Petty, and others are all up for nomination, along with the not-so-old-school “Here It Goes Again” by OK-Go, from 2006.

As previously reported, the 2009 VMAs will air live on September 13 from Radio City Music Hall in New York City and feature performances by Green Day, Pink, Muse, and Taylor Swift. British comedian Russell Brand will be hosting the event for the second year in a row.