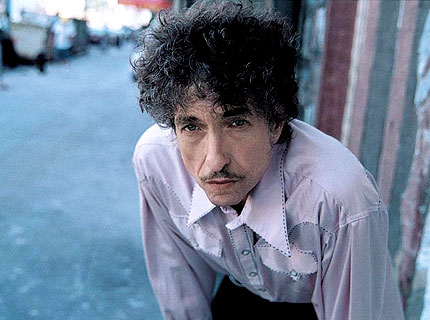 Whether abandoning the protest movement by going electric or ditching common decency by appearing in a Victoria’s Secret commercial, Bob Dylan has made a career out of confounding expectations. Now the songwriting legend is throwing another curveball, announcing an album of Christmas songs to be released October 13.

Christmas in the Heart marks Dylan’s first foray into holiday music, providing another twist for his public religiosity.Though the songwriter born Robert Zimmerman became a born-again Christian in the late ’70s, he more recently appeared on a Jewish Chabad fundraising telethon in the ’80s and has reportedly attended Yom Kippur services in Atlanta and Long Island over the past few years.

Slated for inclusion on the album are well-worn Christmas favorites like”Little Drummer Boy,” “Here Comes Santa Claus,” “Winter Wonderland,” and “Must Be Santa.”Dylan has never performed any of these tunes before, though two years ago he recited the children’s poem “A Visit from St. Nicholas” on his XM radio show.

Fittingly for a Christmas release, the album is also allowing Dylan to show off his charitable side — he has announced that all his royalties from the release will be donated to the hunger relief organization Feeding America.

In a statement, Feeding American president and CEO Vicki Escarra explained that, “When we reached out to Bob Dylan about becoming involved with our organization, we could never have anticipated that he would so generously donate all royalties from his forthcoming album to our cause . . . This major initiative from such a world renowned artist and cultural icon will directly benefit so many people and have a major impact on spreading awareness of the epidemic of hunger in this country and around the world.”

In the same statement, Dylan himself commented, “It’s a tragedy that more than 35 million people in this country alone — 12 million of those children — often go to bed hungry and wake up each morning unsure of where their next meal is coming from. I join the good people of Feeding America in the hope that our efforts can bring some food security to people in need during this holiday season.”