Best of the L. A. Music Scene 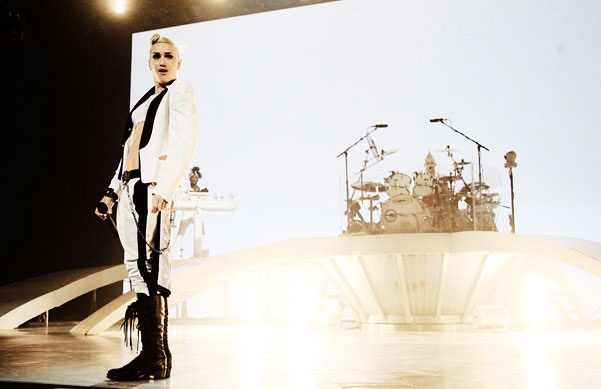 "I really like this shot," says Didyoung. "Most live pictures you see of [Gwen Stefani] show her running and jumping around, but here she's sort of still and relaxed. At this point in the show, there was an interlude with the bassist [Tony Kanal] and Gwen was catching her breath. It's an image of her that you don't normally see."

"I really like this shot," says Didyoung. "Most live pictures you see of [Gwen Stefani] show her running and jumping around, but here she's sort of still and relaxed. At this point in the show, there was an interlude with the bassist [Tony Kanal] and Gwen was catching her breath. It's an image of her that you don't normally see."

3.Of Montreal, The Hollywood Bowl 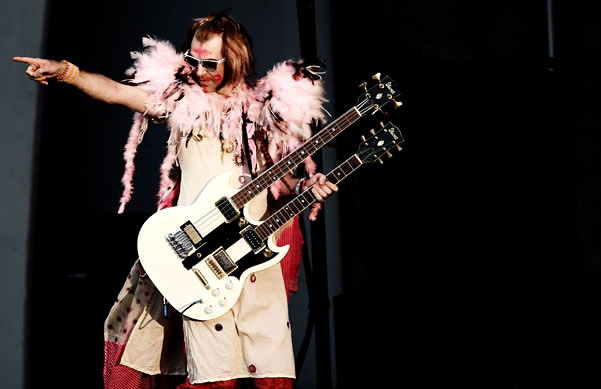 For our photographer in L.A., Michael Didyoung, flamboyant art-rockers Of Montreal were almost too much to take in. "Everyone in the band has an interesting outfit, and there are so many things going on on-stage, that it's hard to know where to look for a photo. It's a good problem to have, though." For this shot, Didyoung snagged guitarist Bryan Poole.

4.Of Montreal, The Hollywood Bowl 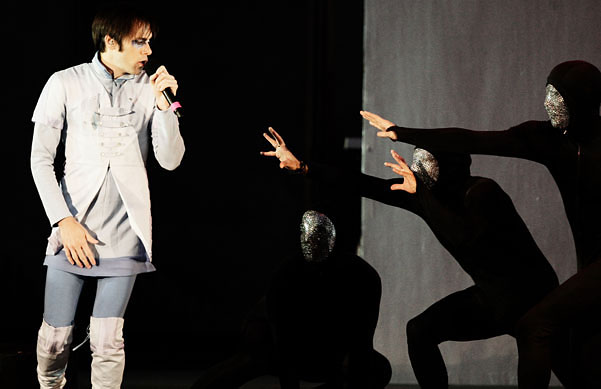 Here, Of Montreal's Kevin Barnes is being accosted by ninjas -- or something like that. "These guys were chasing him all around the stage. I think it had something to do with the lyrics of the song." Mysterious masked men aside, "This is a great band to shoot. They add elements of theater and dance -- it makes their concerts more visually interesting than a normal rock show." 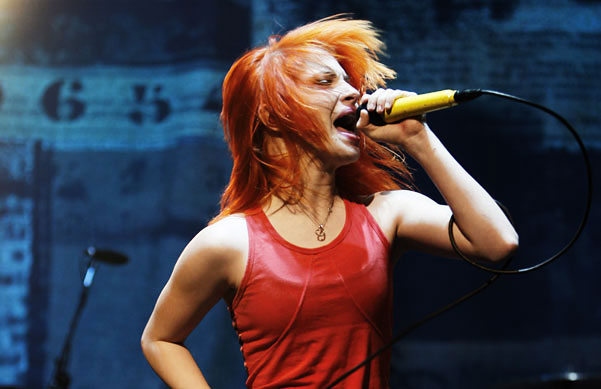 Sandwiched between the Sounds and No Doubt, Paramore found itself in a tough spot at this gig. "Paramore kinda got hated on," says Didyoung. "From the photo pit I could hear people saying they wanted No Doubt to go on already." Even so, "Hayley Williams put on a good show. She's got so much energy." 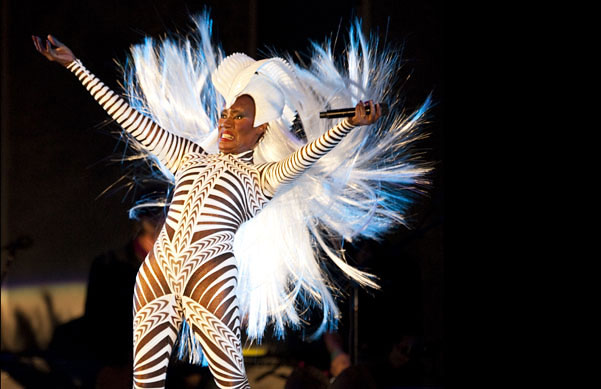 Our photographer was in for a surprise with legendary disco diva Grace Jones. "I'd never photographed her before," says Didyoung, "so when she came out in that crazy outfit, it was shocking. I wasn't expecting something so wild!" 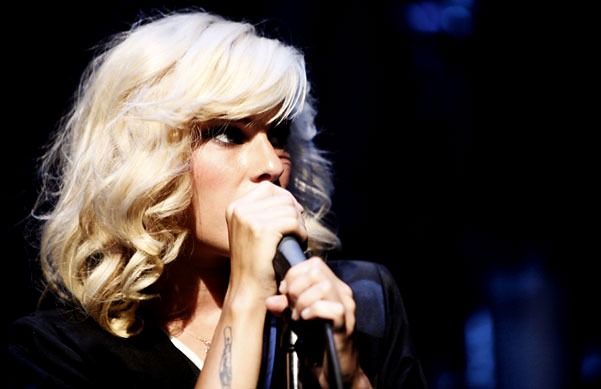 Despite being first up on a bill that also included Paramore and No Doubt, Swedish new wave quintet the Sounds held its own. "It was obvious from the lack of crowd reaction that 99% of the people at the show were there for the other bands," says Didyoung. "But [singer Maja Ivarsson] still put on a really cool performance." 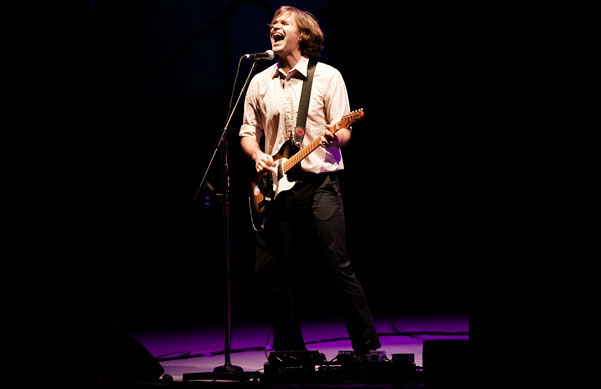 "Seeing Death Cab in a huge venue like the Hollywood Bowl is spectacular," says Didyoung (singer Ben Gibbard is pictured here). "The band's lighting is so dramatic. They do a great job of emphasizing the mood of the song, which is important because as performers the band is a bit static." 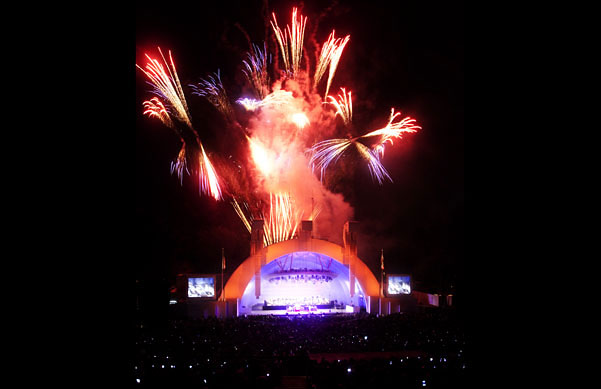 To get this shot, Didyoung relied on a pre-show tip. "The band's publicist told me that there would be fireworks after the last song. So I went all the way up to the last row of the Hollywood Bowl, where the cheaps seats are, to take this one. The fireworks were spectacular." 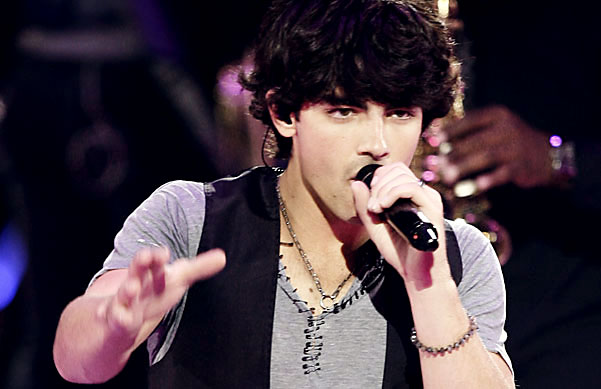 "It was the loudest show I've ever been too," says Didyoung. "The fans are out of control. They scream so loud that you can't hear the music." But while the fans went wild for the JoBros, (Joe is pictured here) our photographer was less enamored. "The show is so choreographed in terms of where the guys have to be on the stage at certain times that it's hard to take a photo of them where they look spontaneous."