As far as rock’n’roll is concerned, status quo is for suckers. New boss same as the old boss? fuck ’em both. Accordingly, in their own insular way, Wilco have spent their 15-year existence struggling against stasis. Whether it’s alt-country, ’70s-influenced chamber pop, Woody Guthrie covers, or Radiohead-refracted Americana, frontman Jeff Tweedy has felt compelled to dress his innate tunefulness in all manner of disguise. The band lived according to shark logic: Keep moving or die.

Until now. If 2007’s Sky Blue Sky was an amiable, if mildly flaccid, return to rootsy songwriting fundamentals after the migraines-and-motorik meandering of 2004’s A Ghost Is Born, then Wilco (the album), the band’s seventh studio effort, treats verse-chorus-verse basics like holy truths. The result is the rare rock album about acceptance. And it’s fantastic.

Maybe it took Tweedy some time to find solid footing after a mid-decade addiction to painkillers. Or perhaps he and fellow original member John Stirratt (bass) are only now studio simpatico with latecomers Glenn Kotche (drums), Mikael Jorgensen (keyboards), Pat Sansone (guitar, keyboards, percussion), and Nels Cline (lead guitar, whose swooping birdsong solos are a highlight here). Whatever the reason, the Chicago sextet finally seems comfortable with itself — and wants you to buy in. On lead-off track “Wilco (the song),” Tweedy delivers the soft sell over a confident Velvets chug. “Do you dabble in depression?” he asks. “Are you being attacked?” Don’t worry: “Wilco will love you.” It may read like a wink, but when couched in such sturdy songcraft (the bridge soars), it sounds like fact. If all advertisements were this persuasive, I’d be even more broke. 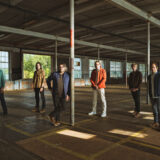 After that initial statement of purpose, Tweedy spends the rest of the album gracefully to terms with the things he can’t control. (Dollars to donuts that the Serenity prayer was hanging from the bathroom door of wherever he clocked his rehab.) On the eerie “Deeper Down,” a spidery guitar line, ride cymbal, and 16th-note harpsichord pulse skitter around the singer as he shakes hands with unknowing: “I adore the meaninglessness,” he declares, “of the ‘this’ we can’t express.” Later, Feist guests on the simply gorgeous “You and I,” which abides by a different kind of mystery. “However close we get sometimes,” she and Tweedy sing in close harmony, “it’s like we never met.” That could be a frightening realization, but the gently strummed acoustic guitar, warm keyboard chording, and lilting vocals suggest the awe that arrives by acknowledging your lover’s mystery as part of what makes them magical. Likewise, “You Never Know,” a standout among the album’s handful of crisp rockers, floats the phrase “I don’t care anymore” over zippy slide fills and Abbey Road “ooh oohs,” turning an admission of defeat into an existential victory.

The only missteps come when Wilco move away from tweedy’s front-porch Zen homilies and the band’s otherwise tight arrangements. “Bull Black Nova” is a road noir that lunges from tense staccato guitar and one-note piano plinking into a noisy jam that confuses motion with progress. And hazy atmospherics undercut the apocalyptic lyrics of “Country Disappeared.” But when the biggest problems with an album are a couple of arguable form-function misfits, why fight it? Resistance for its own sake will only take you so far. As Wilco (the album) proves, sometimes submission is a beautiful thing.