The avid Twitterer reflects on aging and the club life in this clip for her latest single, "22." Oh, and there's lots of mascara! 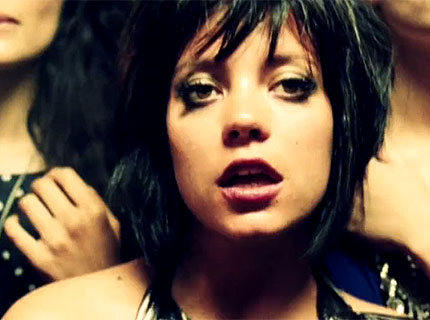 Considering her constant beefing with fellow pop stars, esteemed journalistic institutions, and music itself, “introspective” may not be the first word that comes to mind to describe Lily Allen. But in her new music video for “22,” SPIN’s February cover girl plays a club kid reflecting on her life of boozing and one-night stands.

“When she was 22 the future looked bright,” Allen sings in the latest single off It’s Not Me, It’s You, “but she’s nearly 30 now and she’s out every night.” To illustrate her point, Allen plays both sides of a bathroom-mirror narrative, in which a younger Allen speaks with her older, trashier self during a break from the dance floor. For better or worse, the two versions of Lily are best differentiated by how well they apply their mascara.