Diddy, Chris Brown, and more make cameos in rapper's heartfelt farewell to the King of Pop. 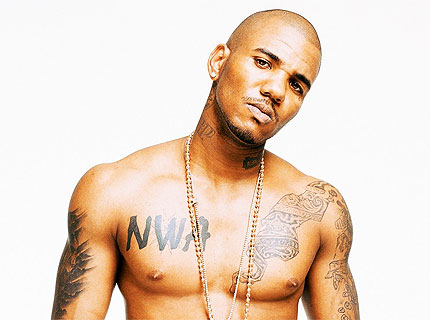 The team behind the Michael Jackson tribute track “Better On the Other Side” has unveiled a companion music video.

The clip showcases footage of fans both mourning and celebrating Michael Jackson — tearful children holding candles and “R.I.P” signs and aspiring moonwalkers illustrating the King of Pop’s unmatched dance legacy, plus footage of rapper The Game recording the track in the studio with Diddy, Chris Brown, and Boyz II Men singer Wanya Morris.

The Game is pictured coming to terms with his idol’s death by soaking (clothed) in a bathtub and composing the lyrics of the tribute track in his notebook, all the while flanked by candles.

The lyrics on the track are clearly close to the Game’s heart: “First thing I did when I heard was call Puff,” Game raps, as he dials Diddy on his iPhone, “because him and Mike tried to stop the beef between us –it was us, me and 50 –that beef is dead.”

The rapper recently revealed to MTV News that Jackson phoned him during his much-publicized 2007-2007 feud with 50 Cent and offered to play the peacemaker: “I don’t really know everything that’s going on between you and 50,” Jackson reportedly told The Game, “But I want to be the middleman behind you putting this situation to bed.”

At times, it must be said, the earnestness of the lyrics border on the unintentionally comical “Who’s Michael Jackson? You’re Michael Jackson. I’m Michael Jackson. We all Michael Jackson,” the Game insists. But his love for MJ is now more than skin-deep: At the video’s conclusion, Game emerges from the bathtub to reveal a new Michael Jackson tattoo — a rendering of the singer clad in a fedora and wearing a mask over his face.

If the Game’s devotion to Jackson wasn’t clear before, it certainly is now.

Watch: “Better On the Other Side”