Backstage at Bonnaroo, the up-and-coming classic rockers offer an acoustic take on the Beatle's lesser-known "Steel and Glass." 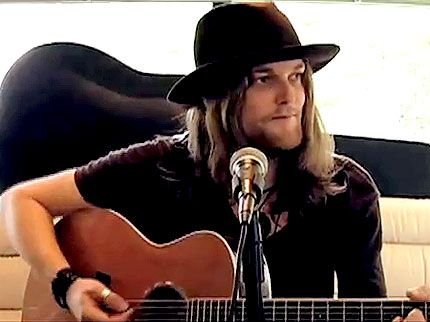 If you listened to our stream of “Leave Us and Forget Us,” you know that Alberta Cross lace their sing-along hooks with Southern rock swagger.If you watched our first round of backstage Bonnaroo performances, you know they sound just as sharp exploring folksy, acoustic side territory.

Now we’ve got another video from that unplugged session, and it finds the band digging deep into the John Lennon catalog.”Steel and Glass” comes originally from Lennon’s Walls and Bridges album, but the record could just as well have been called Burning Bridges, based on the hostility he exhibits.Setting the bar for dis tracks everywhere, “Steel and Glass” is an angry tirade against former manager Allen Klein.”Your phone don’t ring; no one answers your call,” Lennon wrote.”How does it feel to be off the wall?”

The lyrics may be hostile, but Alberta Cross frontman Petter Ericson Stakee calls it one of his favorite songs.In the video below, he leads his bandmates through a plaintive cover that finds a sweetly conceived pop gem under the animosity.