"I only can pray that you forgive me, please," the pop singer says in a candid new video. 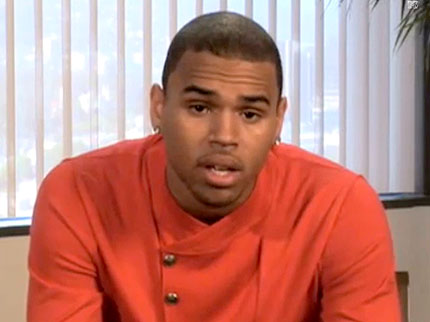 More than five months after his domestic altercation with Rihanna the night before the Grammys, pop singer Chris Brown has released a new video depicting his first public apology for his role in the incident. Watch below.

“I’ve told Rihanna countless times and I’m telling you today, I’m truly, truly sorry that I wasn’t able to handle the situation both differently and better,” Brown says in the two-minute clip, in which he address both fans and his former girlfriend, who was left black and blue after the fight.

In the video, Brown, who was arrested Feb. 8, explains that he has wanted to address the public since the incident, but was advised by his lawyers to hold off until all legal proceedings were complete. Last month, Brown plead guilty to one count of felony assault, and received five years of probation and six months of community labor.

Brown added that he has the “deepest regret” over the fight and “accepts full responsibility.”

“I only can pray that you forgive me, please,” he added. Watch the video below and decide whether you’d forgive him.