From Panic at the Disco's secret gig to Beastie Boy Adam Yauch's cancer shocker. Plus: Chris Brown, blink-182, and more! 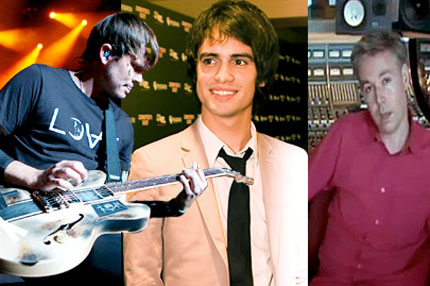 This week, blink-182 kicked off their reunion tour in Las Vegas, Chris Brown publicly apologized for his altercation with Rihanna, and the Beastie Boys’ Adam Yauch announced that he has cancer. Meanwhile, Panic at the Disco’s Brendan Urie played a solo acoustic set at San Diego’s Comic-Con, his first performance since guitarist Ryan Ross and bassist Jon Walker left the group a few weeks ago.

Panic at the Disco singer unplugs, unveils new song, and crushes on Megan Fox at his first post-split performance.Read >>PLUS:

SPIN’s editors pick the 20 must-have records of the year that are available now! Read >>PLUS:

Our 15 favorite videos from artists who deserved more glory than the world was able to provide.Read >>PLUS:

Fred Durst and Co. return with a free gig in Sin City. Click here for a review!Read >>PLUS: