The comic costar of NBC's Parks and Recreation and the film Funny People, on the soundtrack to his life. 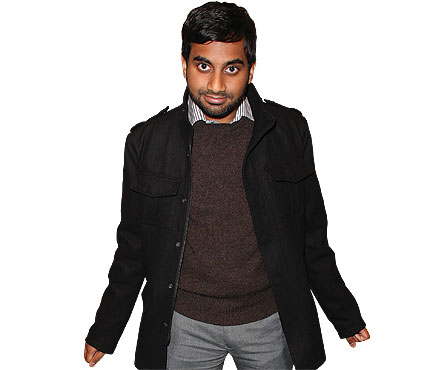 What was the first album you bought with your own money?
Vanilla Ice’s To the Extreme, but let’s not put it all on me. Plenty of people were into the Ice Man. It’s not like Vanilla Ice sold ten records, and I’m one of the ten people that bought it. We all got fooled. I just happened to be at the age when it was the first album I bought.

Who comes after Prince on your iPod?
Prinzhorn Dance School. They’re a DFA group. I like the song “You Are the Space Invader.”

Whose T-shirt do you proudly wear?
I have an old DJ Shadow shirt that I bought at a show in ’99. There were only three of them made and I got one of them, and now any time I meet a girl who’s a DJ Shadow fan, they offer me sexual favors in exchange for it. But it’s just such a cool shirt that I can’t give it up. So no. Don’t even waste your time.

What was the last concert you went to?
I went to see TV on the Radio at the Glass House in Pomona [California]. Sean Paul got onstage with them and did a couple of verses during “Halfway Home.” The crowd wasn’t into it, but I thought it was awesome.

Give me a playlist from your iPod.
I have a “Hip-Hop Party Mix” I play on the Parks and Recreation set to annoy [costar] Rashida Jones. It’s got “I’m the Shit” by DJ Class and “Diddy” by Diddy. We usually end up having a little dance party outside our trailer.

What song have you put on a mix tape to get a girl to like you?
Every mix tape needs to start with “True” by Spandau Ballet. I’d just give the girl the Discman and be like, “Listen to this first track, and then do whatever your body tells you to do.” That’s usually how it went down.

Name an artist you take credit for turning your friends on to.
No matter what I say, I’ll sound like a douche. Everyone will be like, “Oh really? You’re the guy that turned people on to Bone Thugs-N-Harmony? Really?”