Jack White's new band is streaming their debut release now -- but hurry, it's only available for 24 hours! 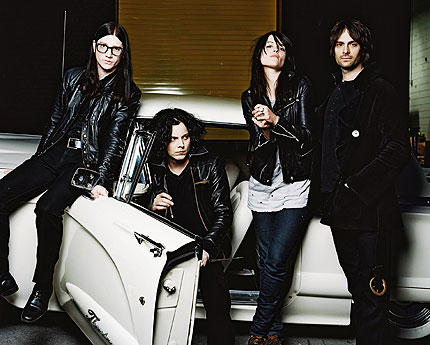 Jack White may be launching a paid subscription service through his new record label, but that doesn’t mean he’s forgotten the value of free.

For the next 24 hours fans can hear Horehound, the debut album from White’s new band the Dead Weather, one week in advance of its July 14 release by visiting their iLike artist page. The tracks are available in the “Featured Songs” are on the left hand side of the page.

The supergroup — also featuring the Kills’ Alison Mosshart, Queens of the Stone Age’s Dean Fertita, and White’s fellow Raconteur Jack Lawrence — appeared on the cover of SPIN’s June issue, and expectations for their debut have been building ever since the quartet’s first concert back in April.

Click here to listen to Horehound. Then tell us what you think in the comment section below.