Our 15 favorite videos from artists who deserved more glory than the world was able to provide. 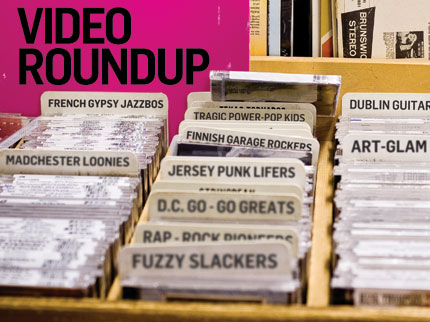 In SPIN’s nearly 25-year history, some truly crap bands have achieved glory while more deserving — or just less lucky – artists languished on the fringes. You can find some of their albums on Amazon for a penny. Others might have you posting on obscure message boards or scouring record fairs in Antwerp. But when everything else is at your fingertips, who says a little effort can’t be good for the soul?

For the complete list of 100 artists, check out the August 2009 issue of SPIN, on newsstands now. Here, we’ve compiled our 15 favorite videos from the list.

Basehead
A Howard student in love with bong hits, beer, and big busts-but disenchanted with everything else- Michael Ivey (and pals) released the astounding Play With Toys in 1992, its heavy-lidded, mumbly raps backed by live funk rock, uncleared samples, and a slacker vibe unlike anything in hip-hop. The follow-up flailed and Ivey soon followed, falling into substance abuse before finding Jesus. JOE GROSS

Chocolate Genius
After two synth-heavy R&B albums in the ’80s, Marc Anthony Thompson hibernated for a decade and returned as Chocolate Genius for 1998’s Black Music, a relentlessly somber, wryly confessional avant-folk-funk rebuttal to popular notions of what constituted African-American pop. For his trouble, he was lazily lumped in with the au courant neo-soul movement and soon shunted aside. DAVID PEISNER

De Artsen
Few bands produced a jangly guitar sound as fluidly sweeping as this Dutch quartet, which made one note-perfect studio album, 1989’s Conny Waves With a Shell, before swapping out two members and transforming into ’90s indie stars Bettie Serveert. MIKE WOLF

The Exploding Hearts
Four twentysomething kids from Portland, Oregon, who looked like S.E. Hinton characters (only less scruffy) and sounded like the Buzzcocks (only less buzzy). The band was starting to field numerous tour and label offers, but tragically, there was never a follow- up: In July 2003, on a trip home after a San Francisco gig, the group’s van flipped over, killing three members (only Six and manager Rachelle Ramos survived the crash). Listening to the Hearts’ scant discography now, it’s hard not to think of them the way one thinks of an ex — grateful for the encounter, but always left wondering what could have been. BRIAN RAFTERY

SPIN Staff
Next
Tags: the wire