Cage: Out of the Shadows

Having battled his demons on the mic before Slim got shady, Cage tries to reinvent rap-rock and take you on the next downward spiral. 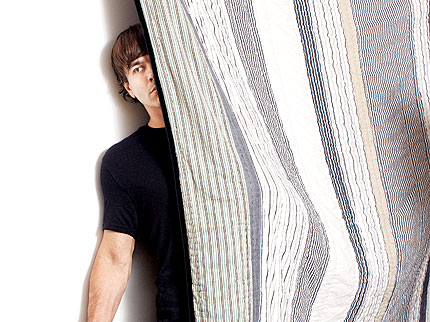 One morning in 2004, Chris Palko woke up in Middletown, New York’s Elizabeth A. Horton Memorial Hospital, terrified that he would be committed again. Six hours earlier, depressed over his stalled career, his Volkswagen’s busted engine, and a recent breakup, the rapper known as Cage had eaten half an ounce of psychedelic mushrooms (typically, two people would split an eighth of an ounce). Now, at 8 A.M., he was lying next to a guy in a partial body cast who was groaning in pain.

Cage’s left arm was bandaged to cover self-inflicted cigarette burns and slash marks. But he was more concerned with doctors discovering that as a teenager he’d spent 18 months in a psychiatric ward at Westchester’s Stony Lodge Hospital. After this latest episode, doctors were likely to recommend that he again be institutionalized.

So he got dressed and fled. When he returned to his Middletown apartment, Cage was horrified. His own blood covered the walls. A photo of him and his ex-girlfriend was tacked to the ceiling, her eyes scratched out, devil horns framing her skull. His phone rang; it was the producer El-P, calling from a Brooklyn studio where recording time had been scheduled. “You’re not gonna make it, right?” Eventually, Cage did attend the session, but he wasn’t his usual arrogant self, worried that he’d blown his shot at signing to El’s respected Definitive Jux label.

“I’m going into business with this dude, and I showed up like a basket case,” Cage, 35, says today. “I had a very sobering moment with El. He was like, ‘Dude, what are you doing?’ It was the first time I was embarrassed because of my behavior. I took a step back, looked at myself, and realized I had to change.”

Cage stubs out a cigarette and sips his coffee. He’s sitting in the living room of El-P’s duplex apartment in Brooklyn’s Fort Greene neighborhood. Jagged scars still decorate his left arm, but Cage bears zero stylistic resemblance to the MC who toiled in the bogs of the indie-rap scene starting in 1992. He’s lost nearly a hundred pounds, sports Zac Efron–like bangs, and ditched his baggy B-boy wardrobe for a more hipster-chic getup; currently, that means a snug, striped T-shirt and skinny charcoal-gray jeans. The look mirrors his newly refined music.

Cage’s recently released third solo album, Depart From Me, is the most seamless, compelling union of hip-hop and modern rock since the two genres first collided. It’s full of big hooks, power chords, crispy synths, earnest emotions, and rap verses that don’t sound like rap verses. There are lots of Nirvana- or Pixies-influenced loud-quiet-loud patterns and hummable choruses. “It’s catchy as fuck,” says El-P, who produced four of Depart’s 14 tracks. “We’ve been on the underground anti-pop-music shit for so long that, at this point, the new frontier, artistically, is to make cool pop music.”

Once a talented but tasteless shock rapper, Cage became infamous for pandering to a cult following that devoured his grisly tales of drug-fueled debauchery. “Sick with a smirk, plus I be disturbed / Fucked the first two bitches like dogs, then I jacked off on the third,” he rapped on his 1997 underground hit “Agent Orange.” But after kicking hard drugs, he recorded 2005’s more confessional Hell’s Winter (featuring El-P, RJD2, DJ Shadow, and Jello Biafra), and began to develop into an ambitious, complex artist.

Given how much drama is inherent in Cage’s own life, it’s somewhat amazing he waited so long to draw from it. For years, Transformers star Shia LaBeouf has wanted to make a movie about his favorite MC’s tortured past, and now he is actively ushering Cage into the spotlight — LaBeouf recently cohosted an episode of MTV’s Subterranean with Cage and directed and appeared in the video for the single “I Never Knew You.” On May 18, MTV2 debuted and repeatedly aired the hauntingly intense clip. It also landed on YouTube’s front page.

“I’ve always been the guy who shoots himself in the foot and squanders every opportunity,” he says. “Now it’s like, ‘Do I throw it all away –or just try?'”

Check out the August 2009 issue of SPIN for the full Cage story.