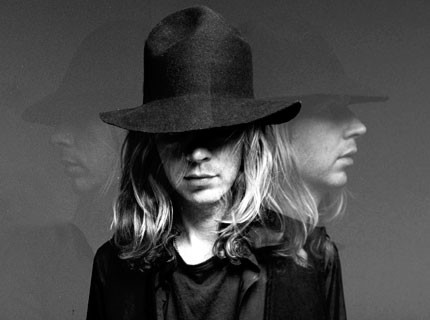 After pushing the envelope with his own output over the last two decades, Beck — and a group of all-star pals — are re-imagining the classics.

Members of the singer’s new “record club” (read: Devendra Banhart, Jamie Lidell, MGMT, and Radiohead producer Nigel Godrich, among others) will come to his studio and record an classic album from start to finish in one day — sans rehearsals. Beck will then release one song a week on his web site.

Beck just posted the series’ first installment, a cover of Velvet Underground and Nico’s “Sunday Morning” featuring contributions from Godrich plus actor (and Beck’s brother-in-law) Giovanni Ribisi and Icelandic vocalist Thorunn Magnusdottir (also a member of Fields) handling Nico’s parts. Incidentally, Beck’s version of the tune was also distributed as a bonus 7?’ with the recent re-release of his One Foot in the Grave. Wait, does that count as a rehearsal?

So, to recap: No membership fee, famous friends, and free weekly installments of cover tunes? So far this is the best record club ever. Take that, Columbia House!