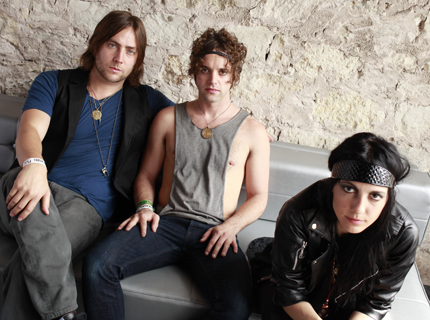 This past month, hundreds of bands entered into the SPIN/MLB contest to win a chance to have their song featured on the new Major League Baseball 2K10 video game. The online challenge set out to find the next breakout rock act worthy of being featured on the game’s soundtrack.

Our judges include Hold Steady vocalist Craig Finn, Minnesota Twins first baseman Justin Morneau, and SPIN editor Doug Brod. They’ve whittled down their favorite tunes from all the submissions, and soon, it’ll be up to you — the reader — to vote and help us pick a winner whose song will appear in MLB 2K10!

Check out Doug Brod’s top 10 picks below. His playlist ranges from indie to glam-rock to post-punk, any of which would certainly amplify the new video game soundtrack. Picks from Craig Finn and Justin Morneau will be posted soon, as will information on where and how to vote for your faves!

Baxter House, “Office of Homeland Security”
Oak Is Keeping, “How We Treat Girls”
The Boxing Lesson, “Freedom”
Nico Vega, “Gravity”
The Ruse, “Beautiful Is Gone.”
Face Down Presley, “Bleeder”
Toilet Boys, “Another Day in the Life”
The Fletchers, “Above This”
Born Anchors, “Cascading”
It’s Not Not, “The Bright Side”