Click here to find out when the ladies of rock will perform in your hometown! 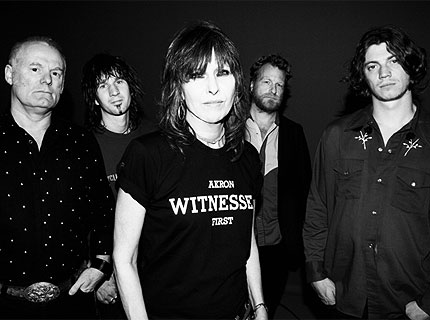 Blondie and Pat Benatar will have a little competition on the touring circuit this summer. The Pretenders have tapped Cat Power and Juliette Lewis for a month-long summer outing in support of their latest record, 2008’s Break Up the Concrete. The 22-date jaunt kicks off Aug. 7 in Rama, Ontario.

Cat Power, a.k.a. Chan Marshall, is expected to perform songs off her upcoming release, while actress-cum-songstress Juliette Lewis and her new band, the New Romantiques, will draw from their September release, Terra Incognita. The tempestuous lady rockers will open almost every show of the Pretenders’ tour; at a few concerts, however, frontwoman Chrissie Hynde and Co. will go it alone. The tour will hit cities along both coasts before coming to a close September 4 in Rancho Mirage, CA.