Jam nation, your wayward sons have at last arrived at their rightful home. Phish, finally, have played Bonnaroo.

Even though the Vermont jam band icons had been on a five-year hiatus before reuniting this summer, they’d long been at Bonnaroo in spirit. Not only have both guitarist Trey Anastasio and bassist Mike Gordon previously played the festival with other post-Phish bands, you could argue that the festival as a whole was birthed in the spirit of the quartet’s good-vibes eclecticism.

In fact, multiple people I spoke to this weekend were certain that Phish itself had hit Bonnaroo before. Nope. So when the band took to the main stage shortly after 11 P.M. on Friday night, there was an almost palpable pinch-me mood — yes, this was really happening!

Playing before such an eager crowd (though it’s probably been 20 years since Phish played for an audience that could be described any other way) seemed to give the band license to roam, because even by jammy standards the first half of the show was exceptionally loose and free-form. The opening one-two “Chalk Dust Torture” and “Divided Sky” lasted nearly half an hour, as those songs’ single-note hard rock riffing and countryish melodies quickly gave way to the winding major key improvisations that is the band’s raison d’etre. 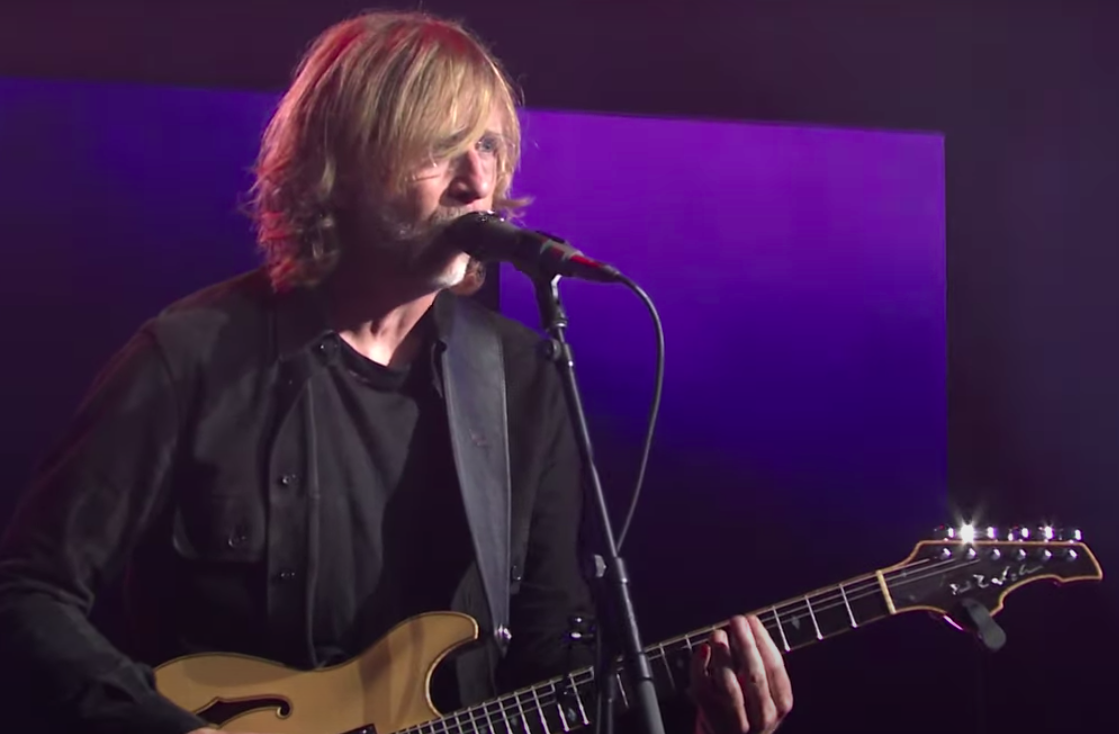 But is that reason a good one? Yes and no. For those who haven’t drunk the Kool-Aid, listening to a long Phish jam can be like working through the stages of grief, from denial (I can’t believe they’re still playing this song), to the upward turn (you know, I kinda like the way it all sounds like a giant happy blob), to acceptance (okay, I get it). How long each listener lingers on the different stages is impossible to predict.

My opinion would probably make a Phishheads plotz, but last night’s three-hour show, which ended after 2 A.M., worked better for me when the band kept things tight.

Late in the set, covers of AC/DC’s “Highway to Hell” and the closing rendition of the Beatles “A Day in the Life” showed just how highly skilled the band is at deploying classic rock soft-loud-loud-louder dynamics. (Though both songs highlighted Anastasio’s and McConnell’s timidly reedy voices.) The knotty “Stash” and a funky run through the theme from 2001: A Space Odyssey nicely split the difference between flowing extemporization and satisfying structural stability.

But those weren’t the songs that had the crowd launching hundreds of glowsticks into the cool nighttime air.

That happened during moments like Anastasio’s penultimate solo in the 20-minute long “You Enjoy Myself,” when, out of a cloud of amorphous vamping, the red-haired Garcia-incarnate let loose with a wailing bent note from high up on the guitar’s neck. It’s these moments that the fans patiently wait for (while doing a lot of twirling in the meantime), and were given plenty of on Friday night.

The next ecstatic moment of release will have to wait ’til Sunday, when the band plays their second set of the festival. For people who have been praying for Phish to come to Bonnaroo — or the band to come back period — I suspect the wait will be an easy one.