Plus: Thom Yorke makes solo plans of his own. Click here for details! 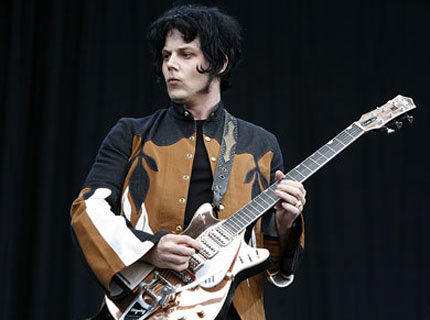 What’s surprising, though, is that he’d use that alone time for another musical project. Or perhaps it’s not so surprising — after all, he’s not your dad’s rockstar.

According to a recent article in Music Connection magazine, White “hopes to start working on a solo album at the end of 2009.”

Aside from a few contributions to the Cold Mountain soundtrack, the upcoming release would be White’s first-ever solo material. No further details on the project have been revealed, but one thing’s for sure — White is one very busy man.

Meanwhile, Radiohead frontman Thom Yorke has pulled a solo surprise of his own, having been recently confirmed for a special one-off solo performance at UK festival Latitude. And if you’re hoping for any explanation about the performance from festival organizer Melvin Benn, keep hoping: “There is nothing I can add that Thom Yorke’s confirmation doesn’t already say,” he said. Great, thanks for clearing that up!