The Brit band's upcoming release will be based on a conceptual plot. Click here for details! 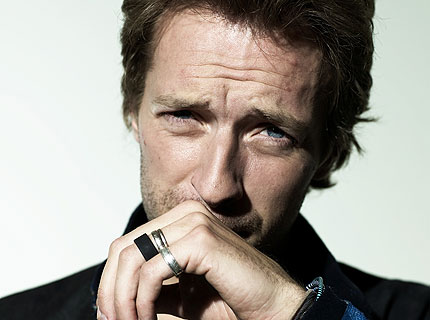 Coldplay fans, you’ve been warned: the Brit rockers and former SPIN cover stars are writing songs for their next record — and they might suck.

Coldplay, who are currently on tour of the U.S., are planning to follow up 2008’s Viva La Vida with a concept record — and according to frontman Chris Martin it might not be any good! “The next one [album] will be quite stripped down and based upon this story idea, which I can’t talk about because it might be bad,” he told the Philadelphia Enquirer. “I think at the end of this tour, we may not tour for a while. We may put out a record without quite so much fanfare.” Excellent business plan!

Martin also commented on guitarist Joe Satriani and Yusuf Islam, a.k.a. Cat Stevens’ plagiarism accusations directed at the band’s 2008 song “Viva La Vida.” “We’ve never had a hit that big before. So I don’t know if it’s to do with it’s the only song that’s been that famous. Or that there’s a musical phrase within it that does pop up in a lot of other things we’ve now heard.”

“But on my grandfather’s life, I promise that I didn’t mean to do anything wrong,” Martin continued. “If there was any basis in truth, I wouldn’t be offended at all. But on this one, it just makes me feel, ‘OK, I’ll have to prove that it’s not true by writing better songs.'”