The R&B singer avoids prison but is sentenced to 180 hours hard labor. Click here for details! 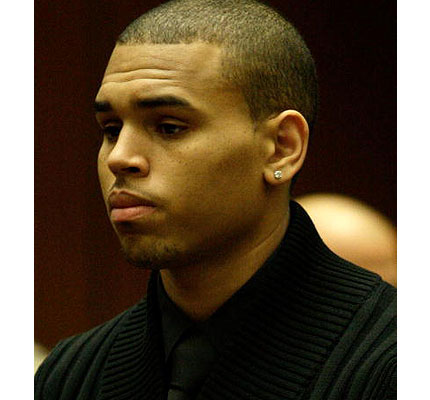 Chris Brown copped a plea deal in a Los Angeles courtroom Monday afternoon to felony assault charges stemming from the February altercation with his ex-girlfriend, pop superstar Rihanna, according to TMZ.com.

Brown was sentenced to five years of supervised probation and 180 days of community service, which will be served in his home state of Virginia.

Brown’s plea ends a dramatic series of events in recent months. In an effort to restore his image following the incident and the ensuing leak of a photo showing Rihanna’s horrific injuries, Brown attended anger management classes and even hired celebrity career-crisis manager Michael Sitrick, who had previously worked with stars like Mel Gibson.

The Brown and Rihanna story has dominated entertainment news in 2009, with the public tracking the pair’s every move, from their brief reunion in Florida to Chris Brown’s new song and Rihanna’s dis track with Trina.