Bonnaroo Day 4: The Best & the Worst 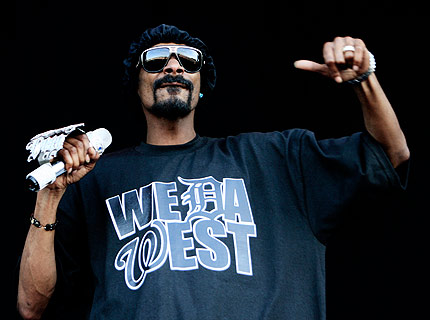 Best Guest Appearance: Springsteen & Phish
Phish’s festival closing set was a solid redux of their Friday night appearance. Trey, Mike, Jon, and Page played different songs, sure, but the formula was the same. Whimsical pop-rock that goes on long digressions into spacey funk that, eventually, arrives at major-key guitar crescendos before returning to the chorus. In between these good-natured journeys to the center of your mind, the band played their oddly charming, lyrically nonsensical classic-rock-influenced tunes (“Gotta Jiboo,” “AC/DC Bag”). Perhaps the second performance showcased a slightly more muscular version of the band — Trey’s guitar solos seemed more soaring than Friday’s winding trips — but it was pretty much the same jammy goodness as from two nights earlier. Oh, except for one thing: Bruce Springsteen joined the band for “Mustang Sally” and rip-snorting tears through his own “Bobby Jean” and “Glory Days,” the latter of which ended with Trey and Bruce playing simultaneous guitar solos, huge grins on both their faces. The P Street Band has a nice ring to it, doesn’t it? –David Marchese

Best Honest Statement: Snoop Dogg
Unlike the Beastie Boys, when Snoop Dogg raps about drinkin’ 40-oz.-ers, beddin’ ladies, and flippin’ the po-po the bird, he’s entirely believable: “Fuck the police / Fuck the police / Fuck ‘emmmmmmmmmmmmmmm!!!!” His set was a classics revival, from “Gin and Juice” to “Sexual Seduction,” and he praised his BFF Tupac along the way. “Ain’t nothin’ but a gangsta party,” the shower-cap-adorned Dogg rapped alongside a recorded tape of the Shakur jam, C-walking the stage from side to side as two GIGANTIC bodyguards stood with watchful eyes and bulging biceps at each end. Surely, these lyrics helped him score a lenient sentence in his recent case for gun and drug possession. –William Goodman

Best Use of a Cliché About the Weather: Ted Leo
“It’s not so much the heat,” said Washington, D.C., indie mainstay Ted Leo from the stage, “as it is the humidity.” The sweat stains forming on his green button-down shirt made it clear that he wasn’t kidding. With help from his always urgent backing band, the Pharmacists, Leo invigorated some of rock’s most overused clichés during a stirring set on a sweltering Sunday afternoon. Whether swashbuckling through Celtic-tinged twin lead-guitar lines a la Thin Lizzy (on “Timorous Me”) or banging out wiry up-tempo Clash-like punk (many) and songs about drinking (“A Bottle of Buckie”), Leo and Co. know that these tropes are only as tired as the musicians employing them. –DM

Best Damn the Weather Fashion Sense: Erykah Badu
Erykah Badu didn’t care that it was fry-an-egg-on-a-hippy hot. She was going to wear her green Public Enemy hoodie anyway. Hood up, dammit. Her music was equally quirky, ranging from hip-hop break-up ballads (the hit “On and On”) to burbling, aqueous funk. At all times, the mercurial funk ebbed and flowed on the strength of Badu’s regal bearing and rubbery soul vocals. Proudly weird and weirdly alluring, she and her large, funky band raised the local temperature by at least a few degrees. Not that Ms. B seemed to mind. — DM

Best Band to Hear While Drinking Beer and Watching Sunsets: Band of Horses
They can be noisy when they want, but grungy alt-country kingpins Band of Horses opted instead for mellow during their twilight set. Ben Bridwell’s steel guitar twinkled as his warm, high voice wafted into the thick air, his bandmates complementary guitar and bass lines sparkled, the organ swayed, and, as on a cover of Gram Parson’s heartbroken “A Song for You,” the crowd swooned in response. The denim-loving band did kick up some dirt a couple times, especially on the coruscating crescendos of “The Funeral” and “The Great Salt Lake.” The latter seemed to catch the attention of man-about-Bonnaroo, Bruce Springsteen, who was bobbing his head while watching from the wings. — DM

CONTINUE READING THE BEST OF BONNAROO ON PAGE 2 >>

Best Cameo: Triumph the Insult Dog with Neko Case
Neko Case’s lovelorn, countrified ballads summon more tears than laughter, but her Sunday night set was simply hilarious — and you can thank Triumph the Insult Dog. “Bonnaroooooooooooo. That’s the sound of Scooby ejaculating,” the puppet, known for his skits on Conan O’Brien, barked at the crowd. The man behind the collar was kneeling just out of site, obscured by a table adorned with a black curtain, but that didn’t keep him from editorializing — and taking a little stab at Bruce Springsteen, who was watching side-stage. “My handler’s from New Jersey and so is the Boss. New Jersey in da house! How do I know New Jersey’s in da house? The smell of weed and Axe body spray.&quot.;

Best Southern Tent Revival: Mike Farris and the Roseland Rhythm Review
“We’re ready for some church, Southern style,” declaimed singer Mike Farris as soon as his Roseland Rhythm Review had gotten the attention of the sluggish crowd that had gathered around the Which Stage. One of Nashville’s best-kept secrets, Farris fronts a big old gutbucket gospel unit complete with a three-piece horn section and a trio of female soul shouters. A cross between Delaney & Bonnie and the Staple Singers, Farris’ revue kept things loose and funky with plenty of bluesy vamping and gospel call-and-response on standards like “Keep Your Lamp Trimmed and Burning” and “Oh Mary Don’t You Weep.” Their covers of the Staples’ “I’ll Take You There” and Sam Cooke’s “A Change Is Gonna Come” were pretty righteous too. At its down-home best, Farris’ churchified medicine show might even be able to give the Reverend Al Green a run for the contents of his collection plate. –Bill Friskics-Warren

Best Batch of Old Timers: Merle Haggard and the Strangers
The combined age of the ten musicians that constitute Merle Haggard and his backing band, the Strangers, had to be, guessing conservatively,a million years old — and there was not an average-skewing Lazarus among them. Good thing old doesn’t mean bad. The Hag, 72, turned in classy, precise version of classics like “Mama Tried,” “White Line Fever,” and Johnny Cash’s “Folsom Prison Blues.” It was also nice to see such a large crowd for the country legend, whose sly vocal phrasing and detailed arrangements — each song had multiple hooks, as well as clever little intros, outros, and tags — made many of the weekend’s more shambolic performers seem not loose, but sloppy. Merle wouldn’t stand for that. Never has. Never will. –DM

Best Mosh Pit: Shadows Fall
Sick of peace, love, and understanding? Metal psychos Shadows Fall have the antidote — lyrics about agony, ashes, and open wounds, a screaming frontman with eight-foot-long dreadlocks, a bassist who looks plucked from a Navy Seals training camp, and the craziest circle pit in Tennessee this side of a coral full of mad cows. Show your horns. –WG

Best Champion of the Underdog: Todd Snider
As he admitted at the outset of his uproarious set in This Tent, Todd Snider has become increasingly opinionated in his songwriting of late. The East Nashville transplant went on to say that he doesn’t share his opinions because he thinks they’re funny or smart (they’re both), but rather to ease his mind about the world, a place that he rightly considers to be a scary place. Whether decrying a rich guy in a big car who treats a fast-food worker like shit or lampooning the FBI’s First Amendment-trashing case against the Kingsmen’s “Louie, Louie,” Snider always sides with whomever is on the outside looking in. With nothing more than an upright bass to support him, his show at Bonnaroo served as a showcase for several songs from his terrific new album, the most inspired of which tells the story of the day, back in the 1970s, when Pittsburgh Pirates pitcher Doc Ellis threw a no-hitter on LSD. –BFW

CONTINUE READING THE BEST OF BONNAROO ON PAGE 3 >>

Worst Caffeine Killer: Citizen Cope
Maybe sitting on a beach while nursing a cool one is the proper way to enjoy the feckless reggae-inflected rock of Citizen Cope. Tired, which is how I felt Sunday morning, certainly wasn’t it. Cope (the stage name of Brooklyn’s Clarence Greenwood) placed his music at one sluggish tempo, voiced his melodies in the same frog-throated tone, and had his organ player employ the same wobbling lines for as long as I could stand listening before I realized I had to leave if I didn’t want to fall asleep. –DM

Worst Soundtrack to an Afternoon Nap: High on Fire
Pity the poor souls who were napping under the shade trees to the side of That Stage when heavy-metal band High on Fire began sounding the bowels of hell. Hearing frontman Matt Pike’s caterwauling “Death Is This Communion,” the title track from the group’s latest record, was nightmarish enough if you were wide awake. All kidding aside, the Oakland trio were as tight as they were loud and ferocious. Had director Peter Jackson thought of it, Pike’s growling vocals and the band’s sludgy barrage would have been the perfect soundtrack to the scenes in Lord of the Ring where his implacable Orcs are heading into battle. –BFW

Worst Mid-Set Admission: Okkervil River
Remarking about how uncomfortable it was to play an outdoor set on a hot afternoon only to find yourself pouring with sweat, it apparently didn’t occur to Will Sheff that all he had to do was ditch his suit coat during Okkervil River’s spirited set to get some relief. So much for the line of least resistance. Flowing just as freely as Sheff’s perspiration, though, was his emotional outpouring in the Other Tent, an open-hearted performance rife with impassioned vocals and melodies that had the crowd smiling and bobbing throughout. A couple of Okkervil’s other members also wore suits, including keyboardist Scott Brackett, whose work on bugle qualified as the quirkiest musical complement over the course of a weekend that was defined by them. –BFW