The Killers frontman and the Oscar-winner are both preparing to welcome children. Click here for details! 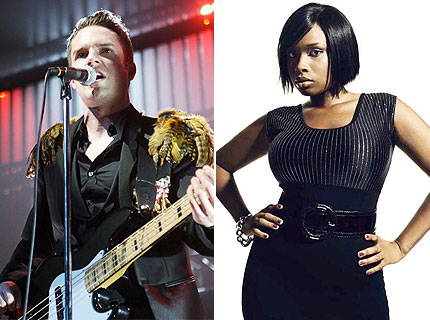 Rumors of Jennifer Hudson’s pregnancy (aided by recent photos that make it pretty obvious) were confirmed when the Chicago Tribune reported that the star was recently the guest of honor at a baby shower held at a relative’s Chicago home.

Singer/actress Felicia Fields attended the festivities, characterizing the shindig as “a nice time” and describing the color theme as neither blue nor pink: “They don’t know [the gender],” she explained.

Meanwhile, Killers frontman Brandon Flowers and his wife Tana are expecting their second child [via People.com]. The couple became parents in 2007 with the birth of son Ammon.