Against Me! Burritos, “Gangsta” Taylor Swift 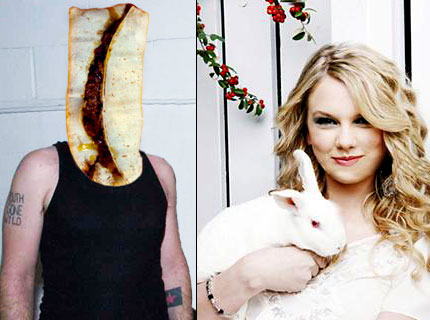 Here’s some of the strangest music news the Internet had to offer this week:

Michael Jackson wants a multi-ethnic, sign-language-fluent children’s choir to back him during his 50-show London stint. Does this seem like a bad idea to anyone else? [Mirror]

Saved by the Bell’s Zach Morris and the Roots perform the classic Zach Attack song “Friends Forever.” What, no Screech on keyboard? [Videogum]