The Irish superstars perform their latest single in Morocco as giant sheets fly above an ancient city! Watch here. 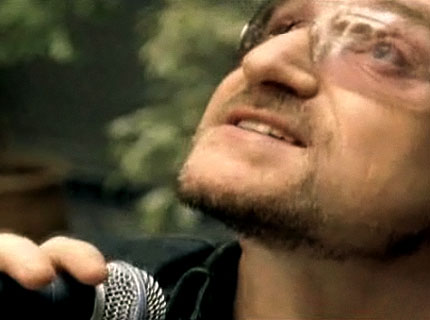 U2 have released the music video for their latest single, “Magnificent,” which gives fans both a look inside the studio in Fez, Morocco, where they wrote their new album, No Line on the Horizon, and an exquisite, conceptual element: views of the ancient city covered in giant white sheets.

Director Alex Courtes, who also directed the first Horizon video for “Get On Your Boots,” captured Bono and the boys playing the song in their palatial studio setting, then spliced it with footage of the giant sheets eventually floating above the city itself as residents (and U2 themselves) stride around the streets of Fez. It’s certainly a magnificent visual for the band’s ode to love.

Watch the video below. Is it really “Magnificent? Tell us what you think in the comments section.