The New York trio go punk on this just-released track, recorded during the sessions for their fall release! 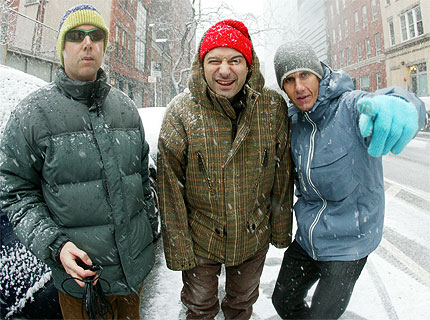 Ch-ch-ch-check it out — it’s a brand new song from the Beastie Boys!

The track, “Lee Majors Come Again,” surfaced on a bonus 7″ that was included with the March 30 vinyl reissue of the Beasties’ 1992 classic, Check Your Head. But a spokesperson for the trio tells SPIN.com the song was written during recording sessions for the band’s forthcoming album, which is tentatively set for a fall release.

Let’s hope they break this one out this summer during their appearances atBonnaroo, Austin City Limits, and All Points West.

Stream “Lee Majors Come Again” below. Then check your head in the comments section.