Click here to find out how you can choose the lucky band that will open for some of music's greats! 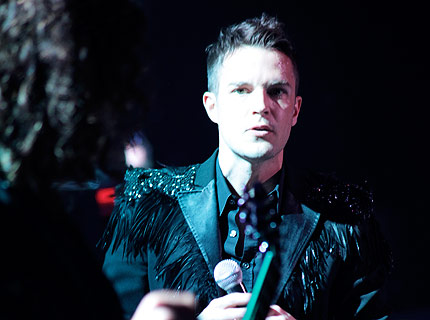 The Killers, Bruce Springsteen and the E Street Band, and Neil Young are scheduled to headline the Hard Rock Calling festival, which will take place June 26-28 in London, England’s famed Hyde Park.Dave Matthews Band, Fleet Foxes, Ben Harper & Relentless 7, and the Pretenders are also scheduled to perform, with more artists to be announced.

In addition, Hard Rock International is kicking off the final round of its Ambassadors of Rock Battle of the Bands competition, which chooses an up-and-coming American rock band to perform at the festival.

A panel of distinguished judges, including E Street Band guitarist Little Steven Van Zandt, former Run-DMC member Darryl “DMC” McDaniels, and SPIN magazine Editor Doug Brod, have hand-picked five bands from more than 150 entries to compete in the final round. And now it’s your turn!Head over to Hard Rock’s official site to cast your vote for the most deserving group — but hurry! Voting ends June 6.