Click here to watch an in-depth look at the design process for the indie stalwarts' new career-spanning collection, Minotaur. 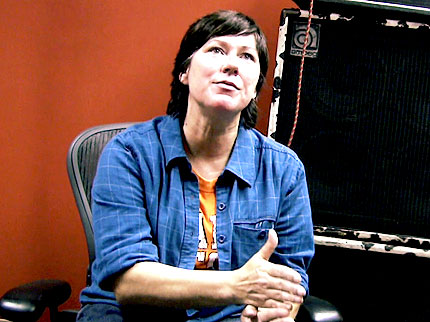 You probably know that the Pixies’ innovative music has influenced many bands, including Nirvana. But even diehard fans of the edgy Boston quartet might not know the story behind their inventive album artwork, which was created by graphic designer Vaughan Oliver.

Now, Oliver — who was also responsible for the lion’s share of design work at record label 4AD — is collaborating with the Pixies once again on their massive new box set, Minotaur, crafting designs that reinterpret familiar elements from the band’s earlier album covers in exciting new ways.

Check out the video below for a behind-the-scenes mini-documentary that chronicles Minotaur’s design process, featuring interviews with Pixies Kim Deal, Joey Santiago, and David Lovering, plus Oliver and photographer Simon Larbalestier, who shot elements for the original album covers.

Minotaur is out June 15 in a $175 regular edition and a $450 limited collector’s edition that also includes a 96-page hardcover book and vinyl versions of every Pixies release.

Watch: The Making of Minotaur