The singer's new band, the Soft Revolt, set to perform May 9. Get the details! 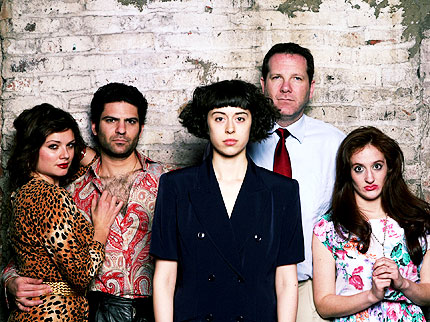 The Cult’s Ian Astbury will perform with a new project, the Soft Revolt, on May 9 to benefit the Apollonia Players’ production of Savage in Limbo.

Written by acclaimed playwright and director, John Patrick Shanley (Academy Award winner for the film Moonstruck, and nominee for last year’s Doubt), Savage in Limbo revolves around a group of seedy Bronx bar regulars seeking relief from the tedium of the outside world. With a cast of alumni from Larry Moss’s prestigious NYC acting studio (Moss counts Leonardo DiCaprio and Hilary Swank among his previous clients), the production will run at the Bowery Electric (327 Bowery at Second St.) from June 12-28.

“Savage in Limbo is the product of New York in its most savage, untamed state,” says Astbury. “In the spirit of the play, we have turned to the original hunting grounds of that animal: The Bowery — a cultural revolt in this time of creative impotence!”

Tickets for Saturday’s show are $50, $30 for struggling artists, and are only available at the door.

Astbury will also perform with the Soft Revolt on the play’s official opening night, June 12, at the Bowery Electric. Tickets are available now via TicketWeb.