Blur’s Graham Coxon: I Wanted to Kill Myself

The guitarist reveals what drove him to nearly jump from a sixth-story window. Click here for details. 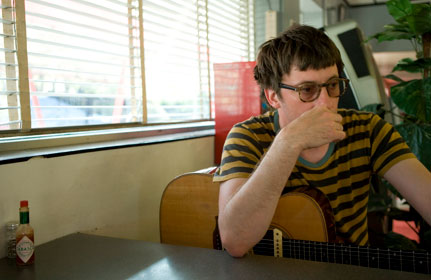 With Blur set to reunite this summer, happy days are here again for the Britpop greats. But according to guitarist Graham Coxon, things weren’t always so sunny during the band’s ’90s glory days.

“I tried to jump out of a sixth-story window,” Coxon told UK newspaper The Daily Mail, explaining that his suicidal thought was directly fueled by the hoopla surrounding the Britpop phenomenon in 1995. “It was the climax to the so-called Blur/Oasis war. [Blur’s] ‘Country House’ had outsold [Oasis’] ‘Roll With It’ and went straight to the top of the charts. Our record company threw a big champagne party at Soho House in London. I felt I was being forced into enjoying the moment and I just wanted to be alone really… It felt like a hollow, pointless victory. I couldn’t handle being part of that crowd… It was [Blur bandleader] Damon [Albarn] who talked me out of it.” [Via The Guardian]

Coxon continued, “Looking back, I should have enjoyed myself a lot more than I did during the Blur days.”No kidding — bassist Alex James certainly did.