The rapper addresses the latest rumor -- and explains what Ludacris did to "upset" him. 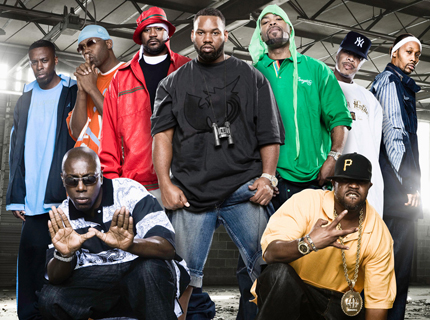 Rumors have been circulating that New York hip-hop collective Wu-Tang Clan have broken up — but according to lead rapper Method Man they’re certainly not true. (Whew!)

“We never split up. People need to stop taking shit out of context,” he told the New York Daily News. The “shit” he is referring to is his first new album with Redman in a decade, Blackout 2, and Southern rhyme-sayer Ludacris’ new song “Let’s Stay Together” (“First Wu-Tang broke up/Now ODB’s gone”).

“Even Ludacris, who I respect a lot, kind of upset me with a song he had where he mentioned Wu-Tang broke up,” Method Man said.

But if a break up did go down, fans wouldn’t find out via internet speculation — after all, Method Man’s a stickler for paperwork and protocol and (wait for it) methodology: “There has never been an official statement that said, ‘We’re done’ or ‘I’m out,'” he explained.

As for a new Wu album or tour? “There’s things we’ve got to take care of first before anybody even starts to discuss that.”