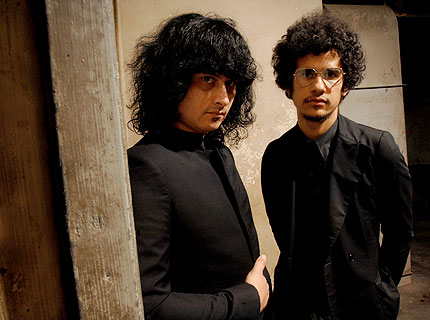 Load the bong: The Mars Volta are back with a new album — and according to singer Cedric Bixler-Zavala, the former prog-rockers are exploring their soft side.

“It’s more mellow. It’s a little more of what we consider our ‘acoustic’ side,” Bixler-Zavala told Australian radio station Triple J of the new record, called Octahedron, which will be released June 23 via Warner Bros. Its first single will be “Since We’ve Been Wrong.”

“We know how people can be so linear in their way of thinking, so when they hear [the new album], they’re going to say, ‘This is not an acoustic album! There’s electricity throughout it!’ But it’s our version,” the singer said. “That’s what our band does — celebrate mutations. It’s our version of what we consider an acoustic album.”